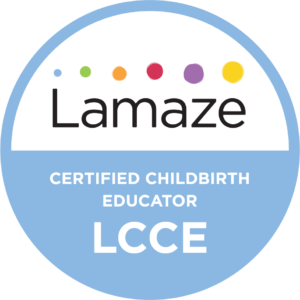 Squatting in labor – a new understanding of an old position

We’ve known for years that squatting during the pushing stage of labor opens the pelvis and helps provide more room for the baby to be born. Research by Russell in 1969 looked at the increase in pelvic diameters from the squatting position in the second stage of labor.  He updated this research in 1982 and indicated that squatting increases the pelvic outlet by 1 cm. in the transverse diameter (side to side) and 2cms. in the antero-posterior diameter (front to back), resulting in an increase of 28% in area compared with the supine (lying on the back) position.

We are all born with the ability to squat. If you watch how a toddler bends to pick up a toy from the floor, she will squat. However, through years of sitting on chairs, our muscles have tightened up and we have lost the flexibility needed to squat. This position is taught in many childbirth education and prenatal yoga classes to regain some of the flexibility lost over the years and to get the woman used to it and to encourage her to squat during the pushing stage of labor – after many hours of labor and during contractions.

However, many midwives insist that they have anecdotal evidence to the contrary – that squatting does not open the pelvis and can even lead to a longer pushing stage and a difficult birth. The midwife will often encourage the birthing woman to change positions after seeing a lack of progress in the descent of the baby (the baby moving down through the pelvis).

So what is the truth behind this age-old position? My journey to finding the answer began when I attended the Midwifery Today conference in Costa Rica in 2007. I thought that, with the world’s most famous midwives all gathered together, this would be a wonderful opportunity for me to ask them about their experiences with birth in the squatting position. As I began to question them, I was puzzled by the answers – “The squatting position closes the pelvis, unless the woman has being doing it culturally”. What on earth does that mean? I continued my questioning and was amazed to find that not one single midwife I questioned deviated from this response!!!!! However, none of them was able to explain this further. It was just presented to me as a fact.

On my return to Israel, I realized that I had to make some sense of my findings, so I decided to look at the facts less from my role as a childbirth educator and doula and more from my many years of experience as a fitness professional.

The femur (thigh bone) inserts into the pelvis at the acetabulum, a cup-shaped socket in the pelvis. When the knees are open with the knees and toes pointed outward, the femur presses on the socket, causing it to draw the ischia (the sitting bones) closer together, making the outlet of the pelvis smaller. So that’s what the midwives meant by “squatting closes the pelvis”.

But what about the other part of their statement: “…unless the woman squats culturally”?  Let me back up a few years to explain this point from informal research I conducted many years ago. In 1986, Elizabeth Noble, the author of “Essential Exercises for the Childbearing Year” (compulsory reading for anyone involved in the field of prenatal/postnatal exercise) visited Israel. I met with her, together with some of my birth professional colleagues, and we showed her around the old Misgav Ladach Hospital (on Kovshei Katamon) in Jerusalem. She was most impressed. She told me that she had been invited to present a paper on Exercise During Pregnancy at a national conference for Ob/Gyns and midwives to be held a few months later, but was unable to return to Israel and asked me to fill in for her! I had attended her workshop in Los Angeles the previous year and she knew that I taught prenatal and postnatal exercise.

What a daunting task! I realized that I would need to present new and original findings, so I went to the English Hospital in Nazareth and Barzilai Hospital in Ashkelon to look at the effects of cultural influences on birth, particularly the use of the squatting position. In looking at the birth practices of women from Arab villages and Ethiopian women, I found that, even though they delivered in hospitals (the former in the lithotomy position and the latter on all 4’s), their births were very different from other Israeli women. They had fewer occipital posterior presentations (where the baby’s face is turned outwards instead of facing the mother’s spine) and shorter second stage labors. The midwives at these hospitals and I concluded that these differences were due to the use of the squatting position in their daily lives. While this wasn’t very scientific, it nevertheless indicated, anecdotally, that women who squat culturally are able to benefit from the squatting position for birth.

Now we come back to our current analysis, to try to understand the biomechanics of the pelvis with women who squat culturally. If anyone reading this blog has traveled in Asia or Africa, or even watched workers waiting for a contractor to pick them up for a building job, we see that, when squatting is a part of the culture, the position is with the feet parallel to one another and the knees and toes pointing forward. Squat toilets in Asia have a place for the feet that keeps them in a parallel position. This is very different from the squatting position taught in childbirth preparation and prenatal yoga classes, where the toes and knees are pointed outward.

Please don’t take my word for this, but try this yourself. In a standing position, with your feet a little more than hip width apart, place the fingers of each hand on your ischial bones (your sitting bones). You may have to dig deep to feel them in a standing position. 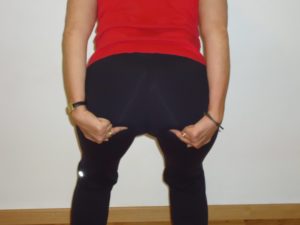 Now squat down, keeping your feet, knees and hands in the same position (feet and knees parallel, and fingers on your sitting bones). Most people will need to place a rolled up towel or a book under their heels, unless they have the flexibility in their ankles to place their heels on the floor.

Next – turn your feet and knees outward, and feel how your two hands are drawn closer toward each other. Now turn your knees and feet back to parallel, and you will feel that your hands move further apart from each other, meaning that there is a greater distance between the sitting bones, part of the outlet of the pelvis.

Now clearly, pregnant women in advanced pregnancy are, by design, unable to keep their feet and knees parallel to one another when their feet are hip width apart while squatting. They need room for their babies! Pregnant women should practice this position with their feet (parallel) wider than hip width apart, using something stable for support (against a partner/wall/bed/stable piece of furniture), or they can use one of the many modified versions of supported squats or a squatting stool (a type of birthing stool). They can also use a rolled-up towel under their heels. At the time when they will benefit most from this position, the final phase of the pushing stage of labor, their babies will be much lower down in the pelvis, so they will not feel that there is such a lack of space.

Those of us who teach the hip squeeze as a comfort tool for active labor, know that we squeeze the butt cheeks and, by design, the lower part of the pelvis. This, in turn, widens the pelvic inlet, creating space for the baby to move down into the pelvis. During the pushing stage of labor (depending on how low in the pelvis the baby is lying), pressure on the iliac bones (protruding hip bones) widens the outlet of the pelvis.

By the same logic, the squatting position, even with parallel feet, would not be beneficial in early or active labor, but would be most beneficial once the widest diameter of the baby’s head has passed the ischial tuberosities, the narrowest part of the pelvis.  That’s when, according to the research by Russell cited at the beginning of this blog, the pelvic outlet would open substantially.

Another issue to consider is not practicing the squatting position for a lengthy period of time during the third trimester of pregnancy as it could cause the baby to enter the pelvis in a less than optimal position if the baby isn’t yet lying in the best position. A supported squat with the hips higher than the knees (against a wall or with a partner) would prevent this from happening, as would the full squat for no longer than 20 – 30 seconds. In any event, squatting with feet and knees parallel, in order to practice the position for the pushing stage of birth, is unlikely to cause the baby to engage in the pelvis as this position narrows the pelvic inlet.

Why do I need to take a childbirth preparation course? Can’t I get all the information I need from the Internet?

MBCP – Mindfulness for Childbirth and Parenting

What I want my daughter to know before becoming pregnant or in early pregnancy.

What to pack for the hospital